Show voice over actors in 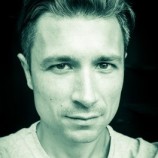 Get a FREE quote for your project with this voice!

Professional Polish actor and voice over talent, living and working in Warsaw, Poland.

I've been playing a wide variety of characters since 2005. It includes roles for the theatre, radio theatre, film, TV
and several dozen voice roles.
Among my many voice roles there are many leading roles in Polish versions of Hollywood movies and TV series:
– Branch in the movie Trolls,
– Pi Patel in the movie Life of Pi,
– Leonardo in the movie Teenage Mutant Ninja Turtles,
– Emmet in the animated The Lego Movie,
– Percy Jackson in the movie Percy Jackson: Sea of Monsters, and many more...
I voiced many lead characters in Polish localizations of video games such as Battlefield 3, Battlefield 4, Diablo III, Medal of Honour IV, and more...

I voiced TV commercials for companies such as:
Disney, McDonald’s, IKEA, Seat, T-Mobile, Roca, Coca-Cola
and many more...

Get a FREE quote for your project with this voice!